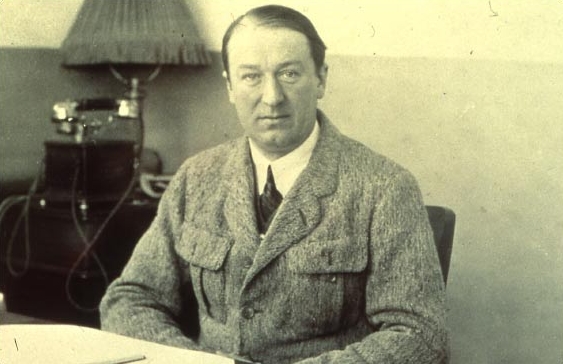 Ettore Arco Isidoro Bugatti was born in Milan, Italy on the 15th September 1881. Bugatti went on to become a designer and manufacturer of some of the finest racing and touring automobiles of the day. Before founding his own company, Bugatti designed engines and vehicles for other companies. Starting with the Type 1 designed for Prinetti & Stucchi, moving on to Dietrich who built his Types 3 and 4 and ultimately Types 5, 6 and 7 under the Dietrich-Bugatti marque. In 1907, Bugatti moved again, this time to the DGF (Deutz Gasmotoren Fabrik) company where he designed and built his Type 8 and 9 models. Working alone, Bugatti designed the Type 2 in 1900/01 and in 1903 the Type 5. During his tenure with Deutz, he designed and built his Type 10. His Type 19 was a design for the Peugeot Automobile Company. This car went on to be known as the “Bébé”.

Bugatti was born into an artistic family with their roots in the Milan area. His mother, Teresa Lorioli was an influential Art Nouveau jewellery and furniture designer, while his brother Rembrandt was a renowned animal sculptor.

Bugatti eventually started his own automobile company in Molsheim in the Alsace region of France. The company quickly went on to build an enviable reputation for it’s advanced engineering and unique automobiles. The company had enormous success in Grand prix motor racing and it was a Bugatti design that won the first Grand Prix to be held in Monaco.

During the first World War, Bugatti turned his hand to the design of various aero engines, most notable being the U16. A massive engine of 16 cylinders, it was never built in large numbers and was installed in only a few aircraft. After the war, Bugatti went on to design motorised railcars – the Autorail, the engine from which was adapted to power the famous Type 41 “Royale” cars of the inter war period.

In 1937 Bugatti started the development of the 100p high performance aeroplane. Under contract to the French Air Ministry, Bugatti hired the visionary Belgian designer Louis de Monge as his chief engineer. His brief to de Monge was to build an aircraft capable of winning some of the many air races of that period with a planned military version scheduled to follow.

Bugatti suffered a devastating blow in August 1939 when his son, Jean Bugatti, was killed testing the Type 57 racing car near the factory in Molsheim. It is thought that Bugatti never recovered from the death of his son, and shortly after his death, the company’s fortunes started to decline. During World War 2, the Molsheim factory was completely destroyed and Bugatti lost control of the property. Bugatti did have plans to open a factory near Paris to manufacture a series of new cars but the idea was stillborn.

Bugatti was known to be eccentric and extremely stubborn when it came to his designs. For example, he refused to fit front brakes to some of his early designs, and refused to even try one of his cars which had been secretly fitted with front brakes. He was however, an extremely perceptive and imaginative engineer, and had the gift of being able to visualise how a component or assembly might work. One example of his vision came at an early Grand Prix at Monza, Italy where Bugatti asked to look at Seagrave’s car. After a few minutes of intense study, Bugatti suggested to Seagrave that one of his engine supports would break and that his front axle appeared to be “unsafe!”. Seagrave felt that Bugatti was simply trying to unsettle him, but so convinced was Bugatti, that he told his own drivers to keep their distance from the Seagrave car. As predicted, the questionable engine support broke during the race, forcing Seagrave to withdraw, luckily without injury.

Ettore Bugatti died in Paris in August 1947 and was buried in the family plot in Dorlisheim near Molsheim. His legacy lives on in the great many cars that still exist, most commanding extraordinary prices when they do come to market, and in the new Bugatti Veyron. A marvel of sophisticated engineering and a car which Bugatti would have been proud to have carried his name.